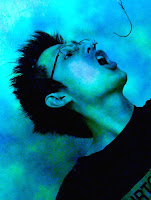 The Amway Soap Box is intended for commentary on affairs going on in the World of Amway criticism and to provide commentary unlike any other. Some people might consider criticism to be the art of taking a very narrow viewpoint while discounting others. Actually, this is far from the truth.

Anyone exercising a thesis must also exercise investigative prudence, examine widely all the known factors and only after careful consideration, draw conclusions. Criticism becomes what a researcher, after careful consideration, arrives at. Conclusions are considered carefully by others--many times over a period of months or even decades--thus forming consensus and establishing the veracity of facts. The entire intellectual development of mankind,, and the rise of information/technology can be attributed to just this type of questioning thought. Closed mindedness keeps anyone from advancing intellectually, and significantly enough, this is what Amway leaders advocate to their cultic followers. They promote what British author David Brear describes as 'closed loop logic,' the kind of thinking that made people believe the World was flat.

How do cults operate then? Exactly, by ‘closing the loop’ around the mind of the oppressed, the pawns, using mind numbing pseudo-science and deceptive propaganda, many times using a mix of both truth and falsity; and then providing faux training. This is exactly the way Amway--the people's business--operates.

Amway adherents are schooled (taught, counseled) and advised in clasical cult indoctrination. They are the ‘underlings’-- the 'younglings' in a reality inverting strategy, which has been in existence much longer than Amway's closed market swindle, tracing its beginnings prior the 50 years anniversary that the American Way is heralding for itself.

Amway promotes the most incredibly wacko 'business principles' ever proposed, a repudiation of commonly accepted business and accounting principles taught at every legitimate business school, university and college throughout the World.


The concept--teachings of the Amway kingpins--of sustaining financial loss from year to year as normal and to be expected in the Amway 'business' makes duped suckers of those willing to believe such reality inverting hogwash! Amway's Cultic leaders encourage massive outlays of ‘out of pocket’ expenses, which only benefit the Amway initiators and the top of the pyramid tool kingpins, all while making losers out of those following their insane business strategy, a prolific bait and switch con job!

The history of Amway is known, one which Amway itself seeks to re-write as a reality inverting success, making it appear that the 'independent business owners' are also as successful as they are. Sadly, it is these same 'independents' who really pony up all the cash and sustain incredible loss all trying to grasp the golden ring on the Amway carousel of greed. How objective can Amway's assessment of Amway success be? That is why critical independent thinkers, the Amway critics, are necessary to accurately describe what Amway has been and currently is. Beginning with the year of change, Quixtar Cult Intervention has been providing a contrasting viewpoint accurately describing Amway's 'closed market swindle, a term coined by Amway critic, David Brear. People need to know the truth, not the one sided ‘lies’ taught by cultic MLM adherents and their kingpin leaders who usher them around in the Amway Labyrinth as if they have rings in their noses.

I wish to thank David Brear for stepping in and providing QCI readers with some of the best written criticism of Amway ever to placed in print, giving me a rest-bit from writing--a good thing as I have been feeling under the weather. I’ve actually been using my time to enjoy catching up on some reading. As a blog writer, of course I am a blog reader as well. Even blogs which promote Amway are interesting, especially in light of what they leave out, the little important things anyone considering their swindle should know about. Amway, the rest of the story is being told by Amway critics. If we don‘t tell it, who will? Certainly not the fellow who is trying to recruit you into their scheme? Just like fellow Amway critic, Joecool, has said in a recent blog post, critics fill this void and present the other side of the coin, hopefully making people ‘aware’ of the all the questionable deceits which exist in this stinker of an affair.

Occasionally I stumble upon a blogger promoting Amway who mixes a few dashes of truths about the Amway Scam with all the classical tape speak common from Amway proponents. It all goes with the old adage: mix in a little truth to make the big lie look palatable, one to be swallowed ‘hook line and sinker.’

Some things Amway pitchmen write I can agree with, but only in isolation. So readers, please be wary of those who use light to describe their darkness. Their truths may seem real, but it is the imperfections that make the whole affair a counterfeit.

I sometimes see someone write that Amway is not a get rich quick affair. This almost always is a pinch of truth which is cover for an elaborate lie about Amway success.

Information is the enemy of any cult who seek to control information in the minds of their own believers. What is a cult? Aren't cults totalitarian regimes? They teach their adherents to only listen to the party line and to the party leaders (isn’t that a defining element of all cults?) They expect the believers to use closed loop logic--to more or less act like puppets in the show the Amway kingpins operate. Amway operates a 'niche monopoly'--therefore their money extracting scheme masquerades as a business--outside of the traditional free markets with Amway goods only competing against other goods in the Amway catalog. Amway ‘the people’s business’ seeks to monopolize their control of ideas and information, burn critical thought--all much the way totalitarian regimes love to burn books, and extend their pernicious affairs. Significantly, their version of the totalitarian state seeks to extend their empire where it can find prospects unaware of the Amway financial holocaust. Amway plans to do for others what they have done for past North American believers, unleash the ‘financial holocaust‘ creating more people who are taught through 'tapespeak' to blame themselves when the inevitable reality of their situation arises. Isn’t it significant that Amway is taking their ‘closed market swindle’ (a form of advanced fee fraud) to other peoples much the way all totalitarian states seek to envelope others, while branding dissenters 'broke losers.'

‘In ‘the people’s business’ it is the believer who props up the ‘criminogenic’ swindlers who, not unlike Adolf Hitler, take charge of the real property and capital of their own people. Obviously Rich DeVos and Jay Van Andel must have been avid students of National Socialistic designs and of totalitarian thought all arising from their World War II years. (I refer readers to George Orwells writings 1984 and Animal Farm for a deeper understanding of how totalitarian states work.) Amway co-founder Richard DeVos has been described as a dominionist. Most likely this is a cover for aspirations which are way more pernicious, the DeVos totalitarian state?
Posted by quixtarisacult at 10:37 AM