All News Not Good For Amway 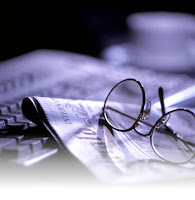 Even more traditional news media outlets describe the Financial Holocaust that Amway has historically dealt their own flock of prosperity dreamers.

OAKLAND, California, Jan 28 (IPS) - While the alleged Ponzi scheme of New York investment manager Bernie Madoff has claimed significant chunks of the fortunes of a number of well-known charities, celebrities and not-so familiar millionaires, over the years another outfit appears to have left a trail of a different sort - the broken dreams of thousands of wannabe entrepreneurs who were left with garages full of dust-gathering products, motivational tapes and how-to-get-rich-quick books.

Those who watched television over the winter holidays may have wondered why there seemed to be so many commercials for a company called Amway Global. Were these ads for the same company that has over the years been widely accused of running a pyramid scheme, had paid nearly 20 million dollars in fines in a Canadian criminal fraud case 25 years ago, and whose image with the public in recent years soured faster than a carton of cottage cheese left standing in the sun?

Despite these controversies, Amway - which is temporarily being called Amway Global - appears to be heading back home. Can the company, which celebrates its fiftieth anniversary this year, stage a successful comeback in the U.S., or are they throwing a very desperate Hail Mary?

Eric Scheibeler, author of "Merchants of Deception", a highly critical look at Amway, told IPS that the controversies stalking the company continue to this day.

Scheibeler said that he had "worked with local victims and initiated a UK government investigation in which the DTI/BERR (Department of Trade and Industry/Business, Enterprise & Regulatory Reform) took legal action against Amway and is waiting for an appeals court decision to potentially ban them from the country."

According to Scheibeler, a high level "Emerald" Amway member who uncovered fraud and deception within the company and was ostracised for it, "UK Justice Norris found in 2008 that out of an IBO [Independent Business Owners] population of 33,000, 'only about 90 made sufficient incomes to cover the costs of actively building their business.' That's a 99.7 percent loss rate for investors.

"The scheme appears to be falling apart in the U.S., UK and Australia hence the beefed up prime time ads in the U.S.," he said.

IPS spoke with an Amway Global public relations person who provided some corroborating background for this article. However, questions focusing on the British lawsuit and Amway's political activities - which the company required to be submitted via e-mail - were never answered.

Amway - an abbreviation of "American Way" - was founded in 1959 by two high school buddies from Grand Rapids, Michigan, Richard DeVos and the late Jay Van Andel. In 2000, it became part of an umbrella company called Alticor Inc., which does business as Quixtar in the U.S. and Canada and as Amway Corp. throughout the rest of the world.

In the intervening decades, Amway has become the second-largest direct-selling company in the world. In 2007, Amway Global and other companies under under Alticor umbrella reported sales of 7.2 billion dollars for the year ending Dec. 31, 2007, marking the company's sixth straight year of growth.

In April 2005, Rolling Stone magazine reported that DeVos was connected with the dominionist political movement in the United States and that DeVos was had given more than five million dollars to the late D. James Kennedy's Coral Ridge Ministries.

Despite the controversies and legal challenges the company continues to face, it never went out of business; instead, it shifted the bulk of its efforts to overseas markets. These days, its three current growth hotspots are Russia, China and India.

"In the late 1980s, about three-quarters of our business was here in the U.S.," Steve Van Andel, Alticor's chairman and co-chief executive and the son of one of Amway's founders, recently told the Associated Press. "Now about 80 percent of it is outside the country."

The privately owned company, which is called Amway Global - it intends to revert back to Amway in about a year - has several goals, including reacquainting the public with the company's extensive product line - which includes health and beauty items and homecare products, jewelry, water purifiers - and refurbishing its tarnished image.

While times may be tough economically for a sustained rebirth, company officials "hope to repeat in the United States the kind of growth they've seen abroad in the past - and to revive the mystique that helped the company spread throughout the Midwest and, by the mid-1960s, the rest of the U.S. Amway's hundreds of thousands of distributors dreamed of getting rich by selling cleaning products and by recruiting their acquaintances to join the fold," AP reported.

According to AP, the company is still "operating on that basic model, including prices that tend to be higher than those of their competitors".

While there is no question that the Amway story is a unique Horatio Alger-like U.S. success story, what makes it even more fascinating is that along the way, the company's founders - and their progeny - have become political kingmakers.

For nearly 40 years, the DeVos family has been a major benefactor of both the religious right and the Republican Party. Shortly before the 1994 election, the Amway Corporation gave the Republicans 2.5 million dollars which, at the time, was "the largest political donation in recent American history," the Washington Post reported.

And in 1996, the company donated 1.3 million dollars to the San Diego Convention and Visitor's Bureau "to help fund a Republican cable TV show to be aired during the party's national convention," the Associated Press reported. The program featured "rising GOP stars as 'reporters,'" and aired on the Family Channel which was owned by Pat Robertson.

In 2006, former Amway President Dick DeVos ran for governor of Michigan, as a Republican against Michigan Governor Jennifer Granholm. DeVos, soundly defeated by 56 to 42 percent of the popular vote, recently announced that he would not run again in 2010. "Although Bernard Madoff allegedly swindled 50 billion dollars from about 8,000 victims, he seems to be an amateur in comparison to Amway," Eric Scheibeler noted.

"Amway has brought in far in excess of that amount from tens of millions of consumers who invested in 'their own Amway business' and it seems near all did so and continue to do so at a loss. The difference is that the Madoff pipeline is shut down, while you may be recruited to an Amway meeting tomorrow."

*Bill Berkowitz is a longtime observer of the conservative movement. His column "Conservative Watch" documents the strategies, players, institutions, victories and defeats of the U.S. Right.

Obviously readers don't only have to take my word for it. Others are reporting the sad Amway facts as well. Thanks Bill Berkowitz! Now You Know: Amway Financial Holocaust! ...quixtarisacult

Amway survives final appeal in the United Kingdom. Well, too bad. The earlier decision last year all but closed down the Tool Scam in the United Kingdom, so news remains a mixed bag of good and bad for the AmScam executives operating out of Ada, Michigan. Scamway, much like the former Teflon Don, are slippery indeed!

Amway still remains a closed market swindle, one which has effectively made losers out of believers for all of its near half a century of money extracting activities.

Many other schemes--like organized gambling--remain legit, but still feed on the financial well being of those foolish enough to participate. The tool scam still operates unimpeded in the US and elsewhere and the American Scam keeps marching on, more victims to devour!

Posted by quixtarisacult at 9:40 AM

Just because they survived being shut down doesn't mean IBOs will become profitable.